Regardless of your preferred option, there’s a common aim – the best shave. That said, when it comes to shaving, there’s no one-size-fits-all approach for the best shave. We all have unique skin conditions.

In this course, we’ll establish the cons and pros of both shaving with the grain and shaving against it. Then, it’s up to you to check them out and stick to what works best.

Shaving With the Grain 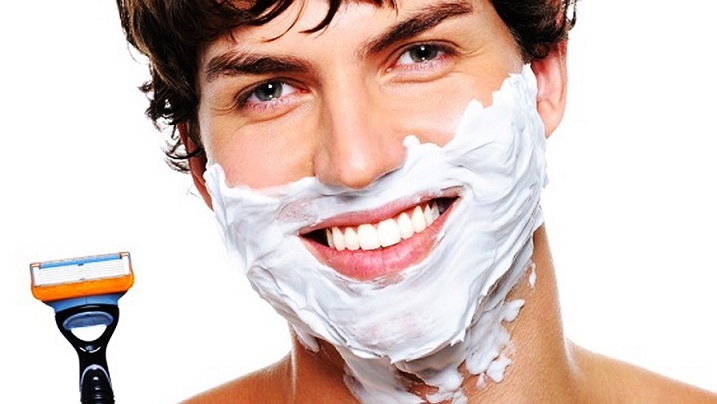 Many say this is the safest shave pattern. Going with the direction of your hair grow significantly reduces the risk of aftershave problems – notably, razor burn and ingrown hairs.

Sometimes, facial hairs may suddenly change growth direction – from north to south, or reversely. This is typical of hairs around the neck.

Shaving Against the grain

With the close cut, it is more likely for the hair to grow and curl back into the skin. While this also happens when going with the grain, it is common with against the grain shaving.

Shaving Across the Grain

This may come as a better close shave alternative – without shaving against the grain. With across the grain shaving, you will get a close cut and reduce the risk of ingrown hairs.

For those with sensitive skin, shaving across the grain is also a healthy alternative. Here, you shave from an angle that is neither with nor against the grain.

This pattern should come at your last pass while shaving. While you make your first and second pass with the grain, the final may go across. This will help give a relatively smooth skin without leaving your face with aftershave issues.

Maybe Both – Go with the grain and, later, against it.

Start Shaving with the grain 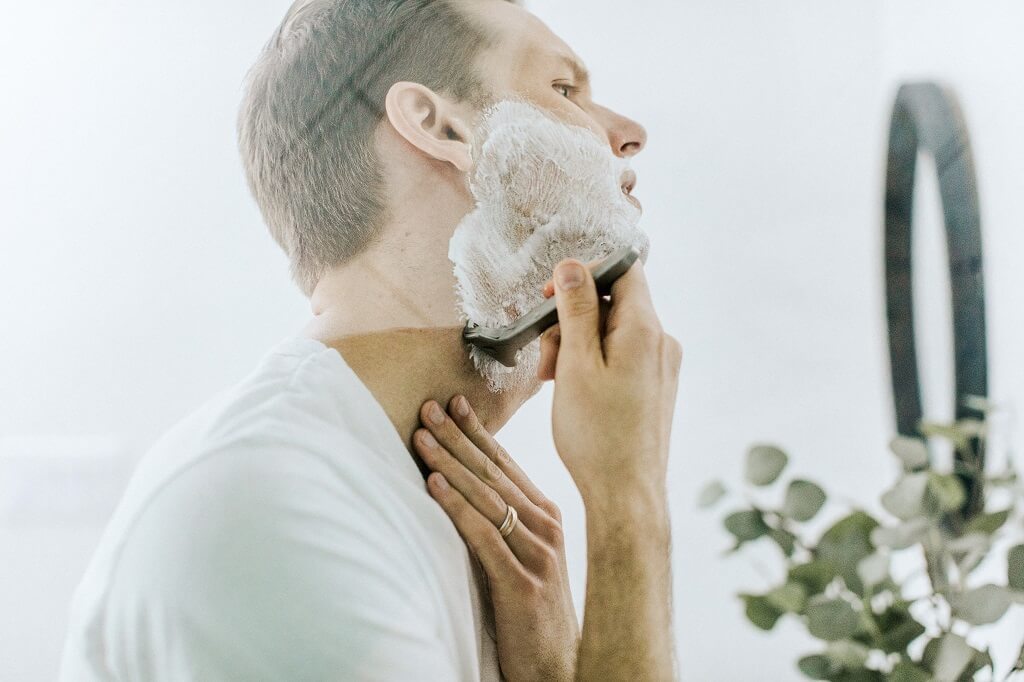 In your bid is to get a close shave, you would be better off making the first pass with the grain. This –as earlier explained – will reduce the risk of damage against the grain shave would cause. Here, there are not fractions or trudging, which usually leads to inflammation.

If you feel OK with the result you get at this point; then you’re good – no use shaving against the grain again. But if you think you need something closer, then.

Shave against the grain

No worries, shaving against the grain won’t cause you all the over-hyped damages you probably heard of – if you get it right though.

When it comes to going against the grain, take out time to figure out more sensitive areas. You may have to avoid such areas on your against-the-grain passes.

Of course, you’re going against the grain because you desire that clean, smooth shave. Still, you want to be mindful of the potential damage this technique could cause your skin. So, tread softly.

Always have this tip handy – when shaving sensitive areas like the region around the neck, you’d be better off going with the gain. If you insist on an against-the-grain-shave, then you need to be careful at it. Divide your beards into small portions and shave a portion at a time – albeit with little strokes, and no pressure. If it soon begins to burn, halt!

Use the Right Tools

While this could mean a little higher investment on your grooming tools – or extra time spent stropping and honing your blade- it’s worth it. Or would you rather always go with those unsightly bumps and rashes after a have or invest an extra buck to get the right tools? Up your shaving game and go for quality tools.

This could mean preparing the skin with an exfoliate before a shave. Or, a quality shave cream to lift and separate your hairs from your skin. Or acquiring a sharp blade or sharpening your old one- for straight razors. Or, better still, an aftershave balm or moisturizer to oil and nourish the skin after a shave.

If you took your first pass(es) with the grain, before you going against the grain, ensure you reapply your shave lotion and be sure your blade is ready for the task.

Use an Ideal Cream

As mentioned, a good shave cream can give you a whole new shaving experience. Sadly, many retail outlets are stocked with skincare products that come packed with cheap harmful chemicals that practically produce air – foam. Such formula will only create an air-filled space between your skin and the razor, not moisturizing your skin enough for a smooth shave –as expected. Although the foam may look bubbly and thick, it is usually far from being dense. Premium quality shave cream offers thicker protection to reduce irritations and razor burns.

Quality shave creams are expected to contain natural ingredients and organic ingredients. Just as with eating natural foods, your hair –and skin – get healthier with natural foods. The harsh artificial chemicals are unhealthy for your face skin – it was only made to increase the fly-by-night manufacturers’ profit margin. If you listen to their ads, you’d hear all the great promises, when, in reality, they offer nothing. Tip – your best bet is a shaving cream that leaves your skin hydrated and nourished, nothing less.

Deciding which blade to use might be one of the most challenging decisions for us –men- to make. Briefly, we’ll do a rundown of the three types of razors we have and a tip – or two – to increase efficiency at your grooming sessions.

Also referred to as throat razors, straight razors were the first kinds of blades – its origin dated way back 17 and 18 centuries. Lately, these tools seem to be making a comeback. Some professionals still prefer these blades as they claim it offers the cleanest shave. However, to use this blade conveniently requires some mastering. Interestingly, These blades last forever – albeit with regular sharpening.

Arguably, this razor has the largest fan-base globally. The reason is not far fetched – it is largely believed to offer to closest have.

With these disposable razors, you can get an easy and convenient way to shave. Sadly, regardless of all the adverts, they are widely known to cause irritations – even though they don’t give a close enough shave. Also, with the need for regular replacements, they are expensive, in the long run – unlike the safety razors and the straight razors. While disposable blades increase the chances of irritations, it could get even worse when they become dull. When using this blade, ensure you dispose off after about four to five uses.

Do not be tempted to shave as soon as you get out of bed. Why so? During sleep, your face swells up slightly, and the hair tends to retreat into the follicles. You may need to wait a bit for your face to regain its normalcy and hair fully exposed –this promotes a good shave.

Now wash your face with warm water or do a hot bath. The steam helps open up your follicles and soften your hair.

Now use a face scrub –or towel – to exfoliate your face. This helps remove dead skin and reduce friction for your razor.

Pro tip – before you opt for a product, ensure the product is suitable for your skin. For sensitive skins, go for shaving product specially made for such skins – this saves you a lot in the long run.